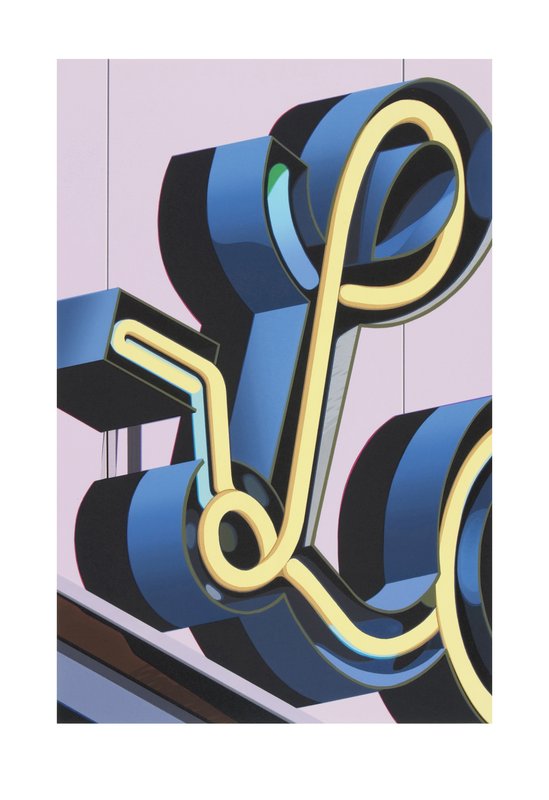 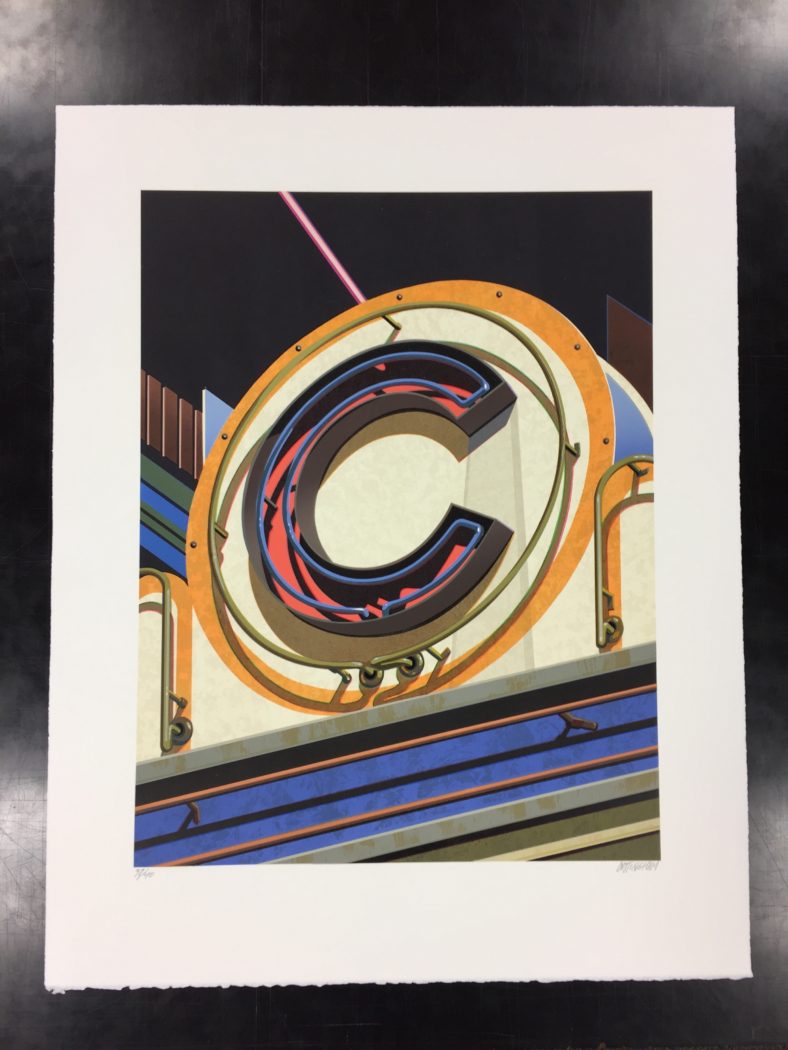 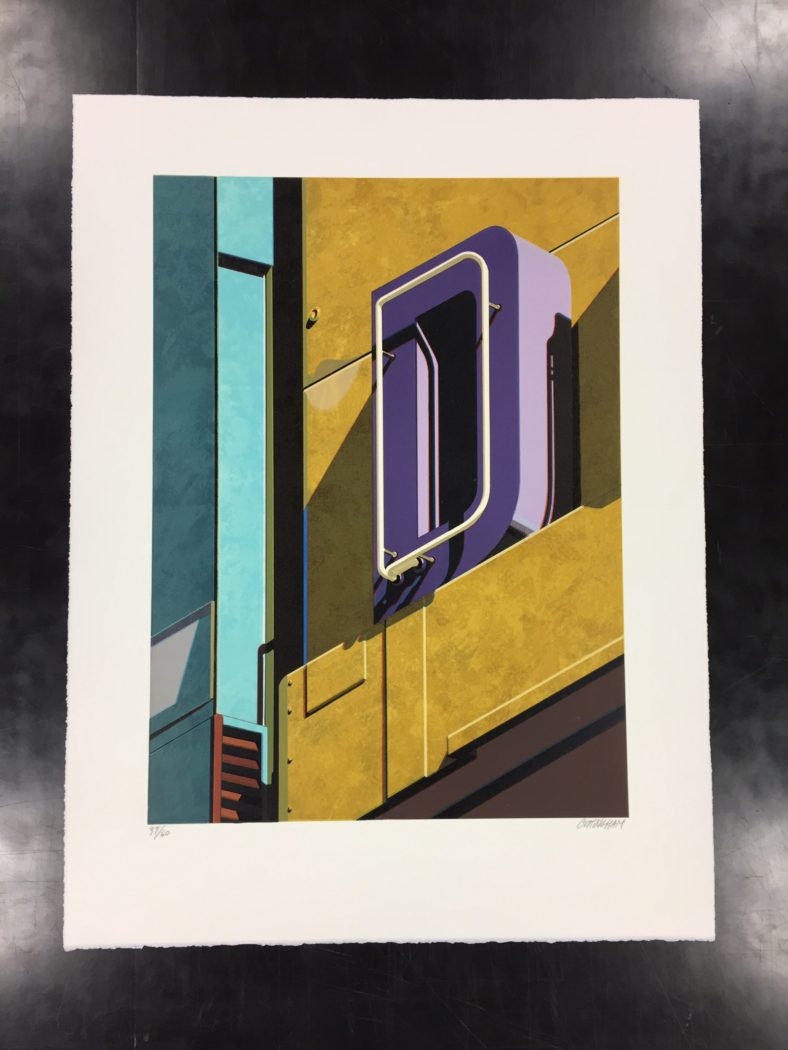 Robert Cottingham was born in Brooklyn, New York and received his BFA degree from the Pratt Institute, also in Brooklyn. Later, he studied art at Arts Center College of Design in Pasadena, CA. Although he is known for his photo-realistic depictions of signs, storefront marquees, railroad boxcars and letter forms, Robert Cottingham does not consider himself a photorealist artist. His imagery, while derived from the photographs he takes, expands on the photographic image, it does not replicate it. Works by Robert Cottingham are in the collections of every important museum in America and Europe including

A retrospective of Robert Cottingham’s print work was organized and exhibited by the National Museum of American Art, Smithsonian Institution, Washington, DC in 1998