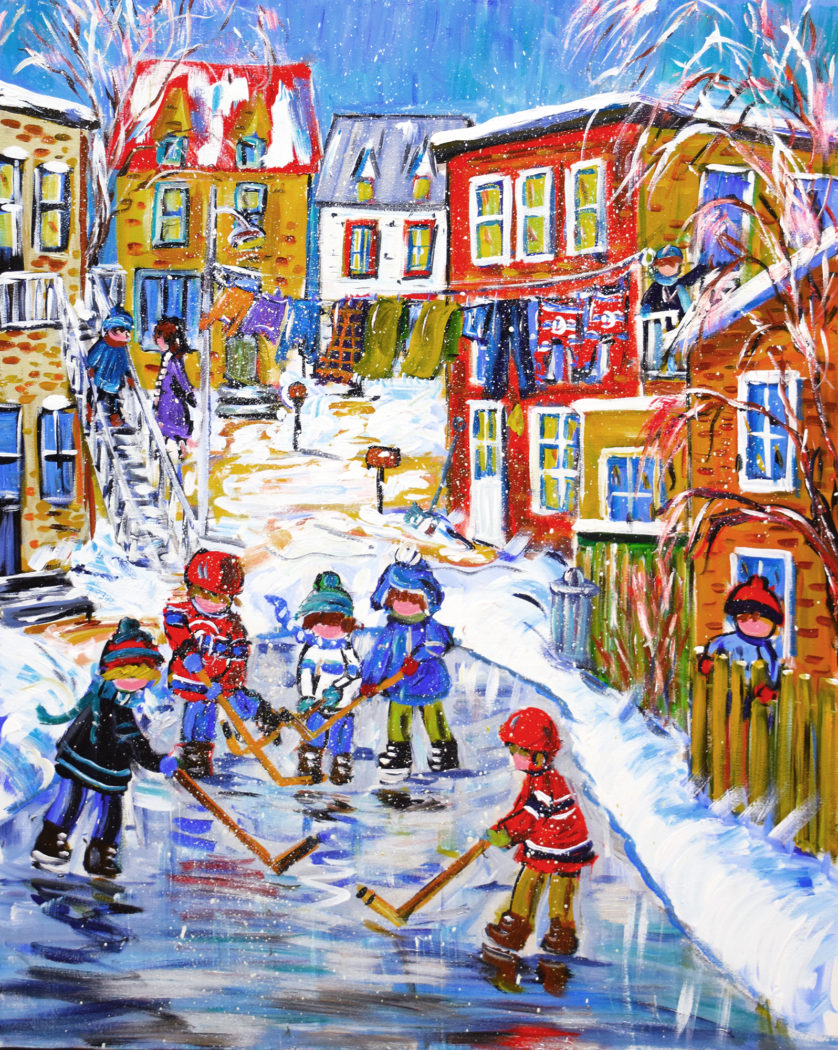 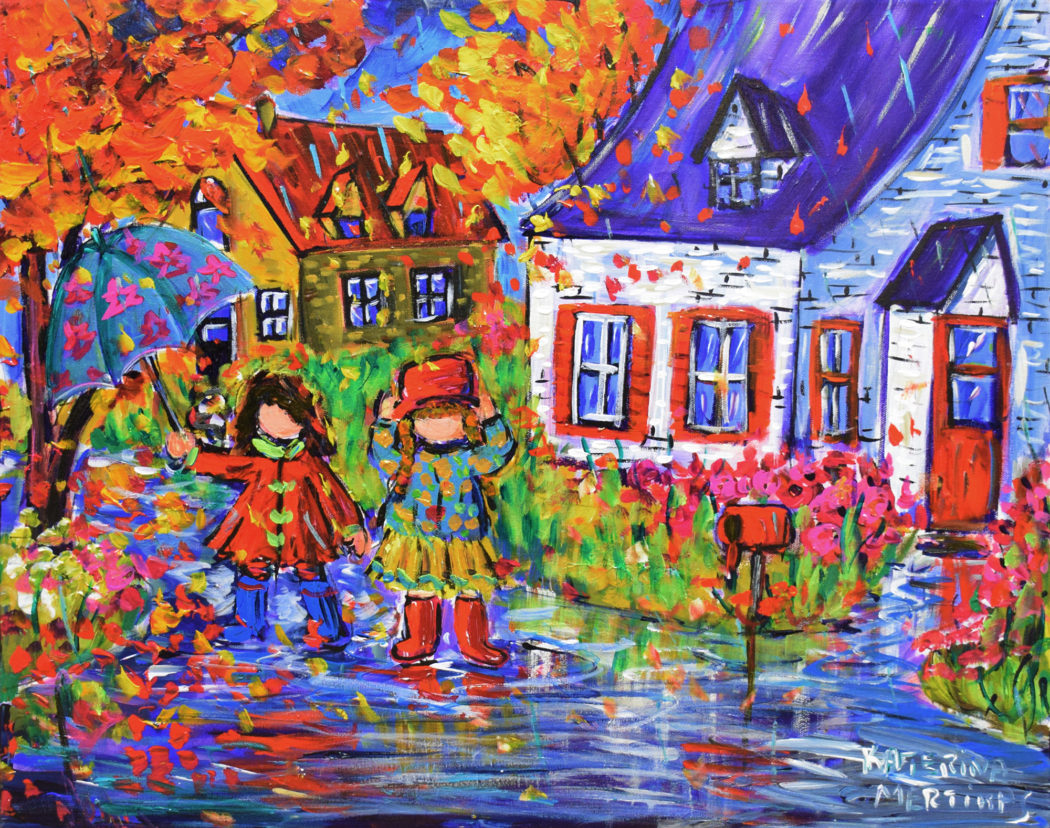 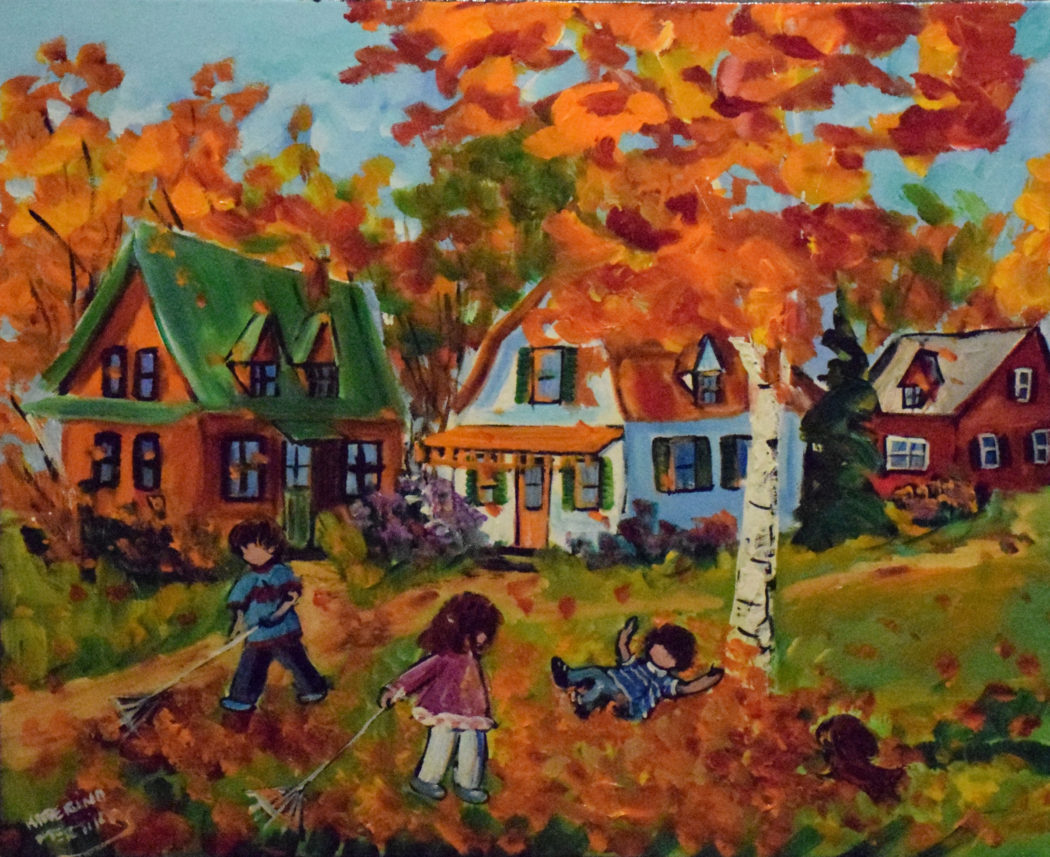 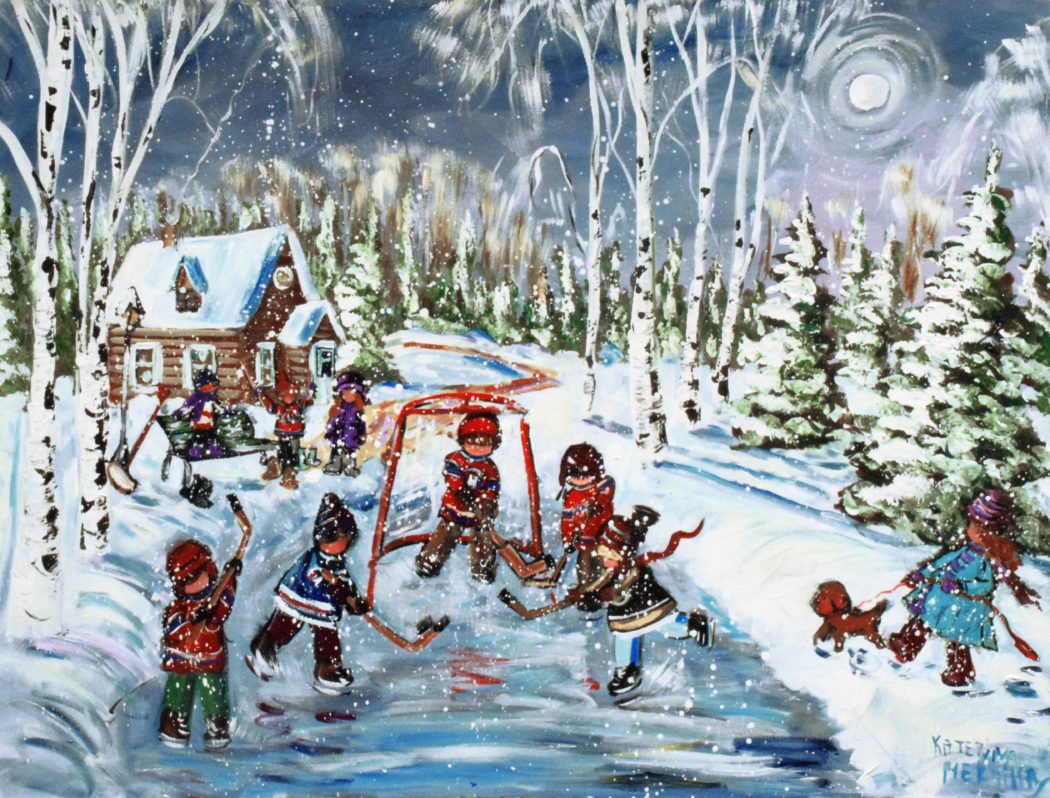 Katerina Mertikas is a self-taught artist who was born in Tripoli, Greece. She and her family (Patrinos) immigrated to Canada in 1960; first to Montreal and then to Ottawa. Her two daughters were originally the inspiration of her work, and now she happily depicts her grandchildren in her works with a renewed energy of watching them grow. She had her first show in Ville Saint Laurent in 1989 and has been showing ever since. Painting spontaneously, in bright, bold acrylic paint, she captures what she feels and what her memory retains. Her paintings are mainly of children having fun, playing games or participating in sporting events in a naïve style.

Katerina classifies her own work as naïve expressionism, trying to convey to the world the message of love, peace, innocence, and friendship. Katerina explains: “I love vivid colours. I love the feeling the painting creates within me—especially when depicting children in all their joys and excitement. I try to capture the special, happy moments in our daily lives on every canvas I paint.” Katerina’s work has been selected by UNICEF and the Canadian Lung Association for cards, stamps, and calendars to help raise funds for their charities. She has also been honoured with a “Women of Distinction” award in the arts category in 1999 and elected as a Fellow of the Royal Society of the Arts, whose patron is Prince Philip of Edinburgh.