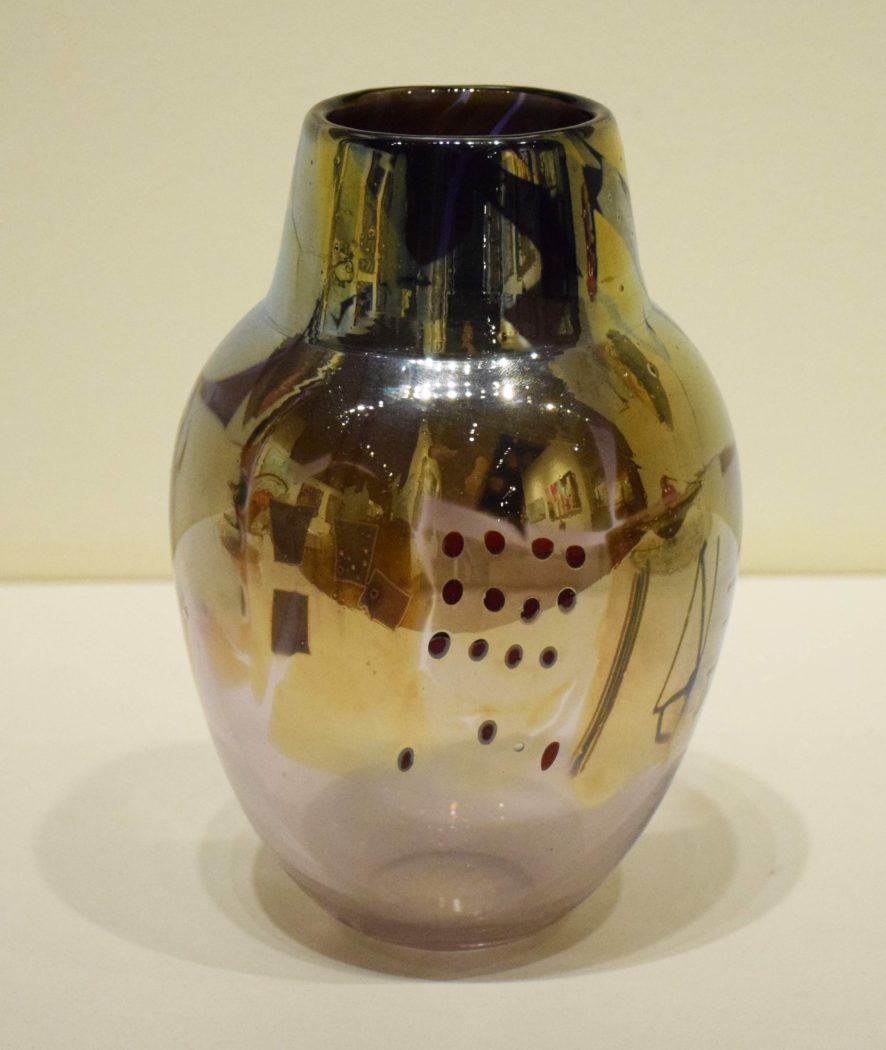 Ione Thorkelsson is a Canadian artist who studied architecture at the University of Manitoba. 1965-69; Thorkelsson used to be a scenic painter, props assistant, wardrobe assistant in the Royal Winnipeg Ballet, Manitoba Theatre Centre and Rainbow Stage, 1969-1972; After that Thorkelsson began lamp working with glass in 1971. Her initial aspiration was simply to make a living as best she could creating functional pieces in this exciting new artform. At that time she was heavily influenced by the ethos of William Morris and the Arts and Crafts movement of the nineteenth century.