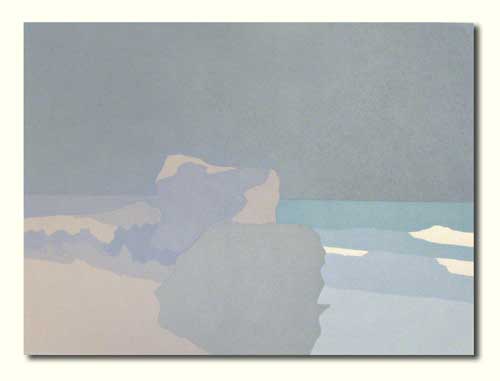 Born in Douglas, Isle of Man, England, the son of James and Florence (Lord) Onley. Toni Onley’s father was an English actor. Toni attended St. Mary’s primary school and Ingleby Secondary School, Isle of Man, then studied under a local landscape water colourist John Nicholson and at the Douglas School of Fine Arts (1942-46)

Toni Onley came to Canada in 1948 and settled for a time at Brantford, Ontario. He took further study at the Doon School of Fine Art in 1951 under Carl Schaefer. In his early work Onley was influenced by British painters John Cotman and Peter DeWint and did traditional landscapes. He married Brantford art critic and amateur painter Mary Burrows in 1950 and they had two daughters Jennifer (b.1951) and Lynn (b.1954). He worked at a variety of jobs in order to support his family. Exhibiting in the Western Ontario Annual show of artists under 27 he won an award in 1955. He exhibited as well with the Royal Canadian Academy, The Canadian Society of Painters in Water Colours and his work attracted the attention of art critics.

He stayed in Mexico three years but returned to Canada to hold exhibitions at the Coste House (Calgary, 1958), Vancouver Art Gallery (1958), New Design Gallery, Van. (1959). By then he was experimenting with collage paintings usually of irregularly shaped pieces of painted paper or canvas pasted to a backing or canvas. Three of his collages were reproduced in Abraham Rogatnick’s article on him for Canadian Art (Mar./Apr. 1962). In his collage work he did a Polar series numbered from one to beyond forty. These works on large canvases in cool colours of blue, black, grey, green, etc., drew favourable comments from critics and his Polar #1 won the $2,000 Royal Canadian Academy Zacks Award given to an artist at the society’s annual exhibition. With this award Onley studied in London, England, while the award-winning painting was presented to the Tate Gallery having been selected by Sir John Rothenstein (Director of the Tate) as the painting he would like to have for his gallery from the 1963 RCA showing. During this period he studied etching and began to produce work in this medium as an extension of his painting. 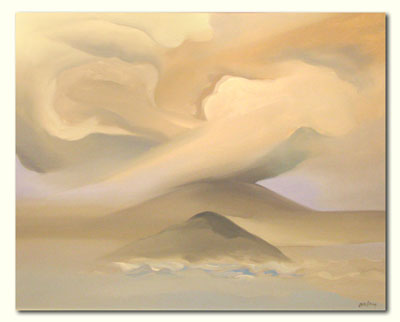 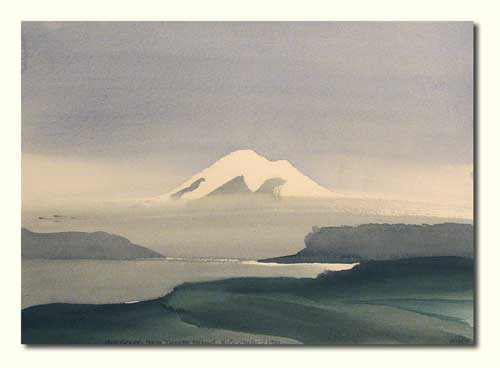 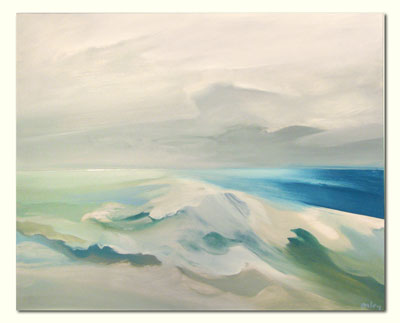 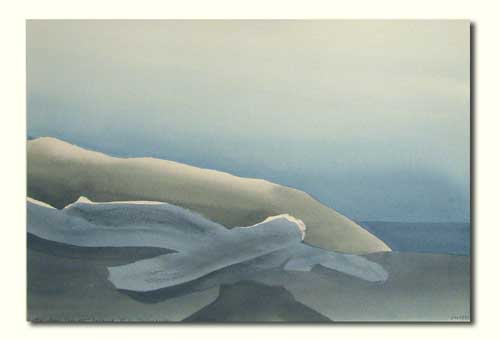