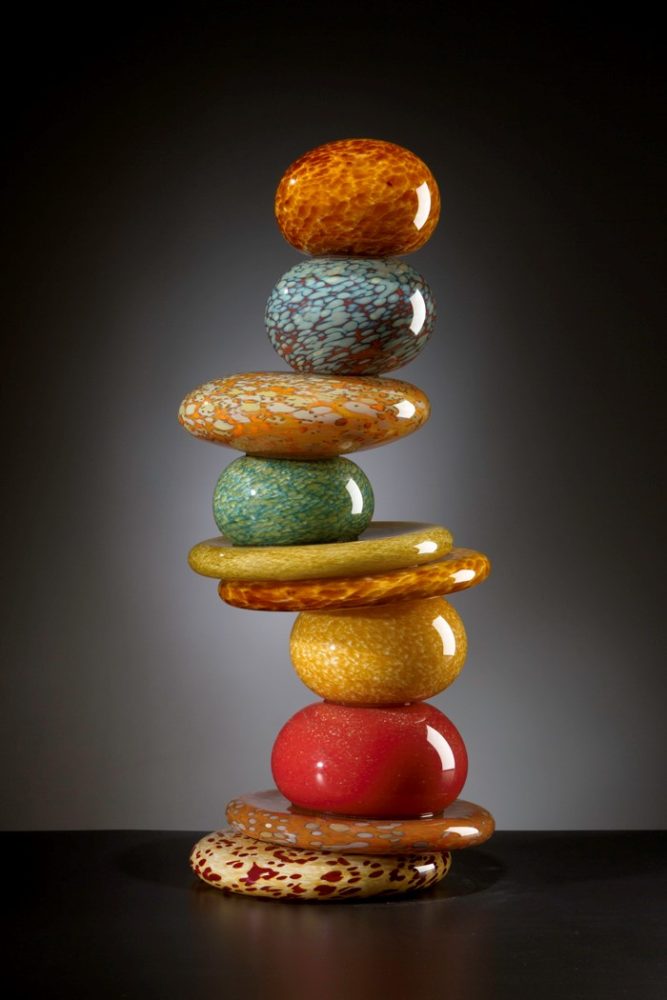 Born in 1982 in Michigan, Robert Madvin was first introduced to glass while enrolled in high school by his older brother Andrew Madvin, also a successful glass artist. He later studied glass-blowing at the College of Creative Studies in Detroit, Michigan and the University of Hawaii at Manoa in Honolulu, Hawaii. While earning his degree in fine arts from the College of Creative Studies Robert began working with his brother to develop their own glass studio at the Russell Industrial Center in Detroit, Michigan.

Now seven years later, Robert continues to blow glass and cultivate his work in that same studio space called Axiom Glass. Robert’s primary inspiration derives from nature; his artwork focuses on natural elements, textures, and color that he encounters in his travels and his day to day endeavors. While Robert was studying in Hawaii he developed his most prominent glass sculpture series called Pohaku, meaning “rock” or “stone.” Ancient Hawaiians would stack stones upon one another to create rock sculptures used as navigational instruments throughout the islands.

Robert encountered some of these organic tools while hiking various trails in Hawaii and developed them into his glass stacked stone sculptures being shown at various art shows and galleries throughout the US and Canada. Robert resides in Royal Oak, Michigan and continues to develop his passion for glass. 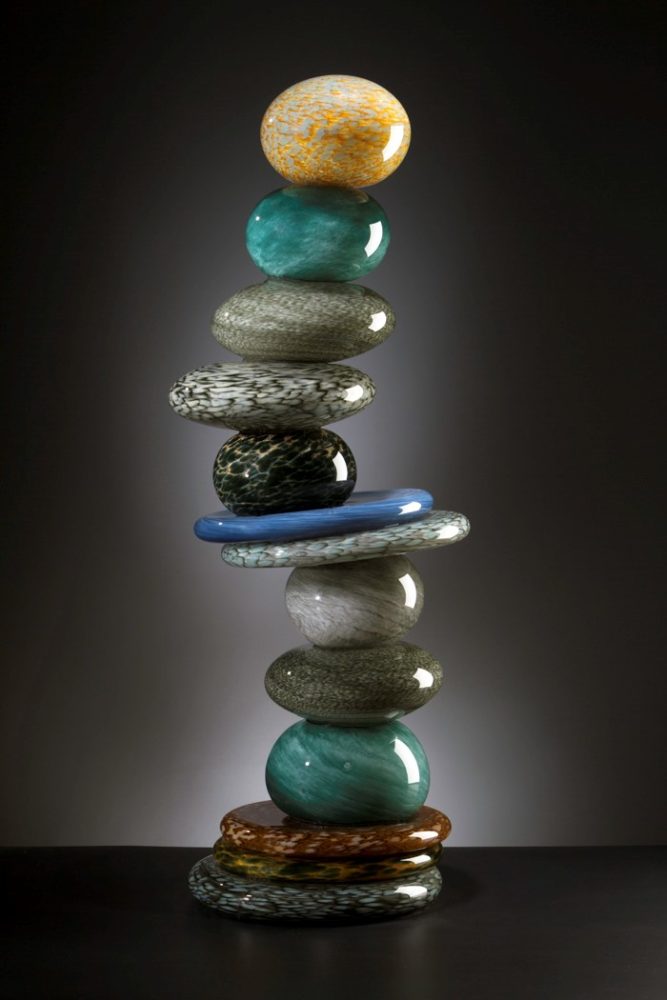