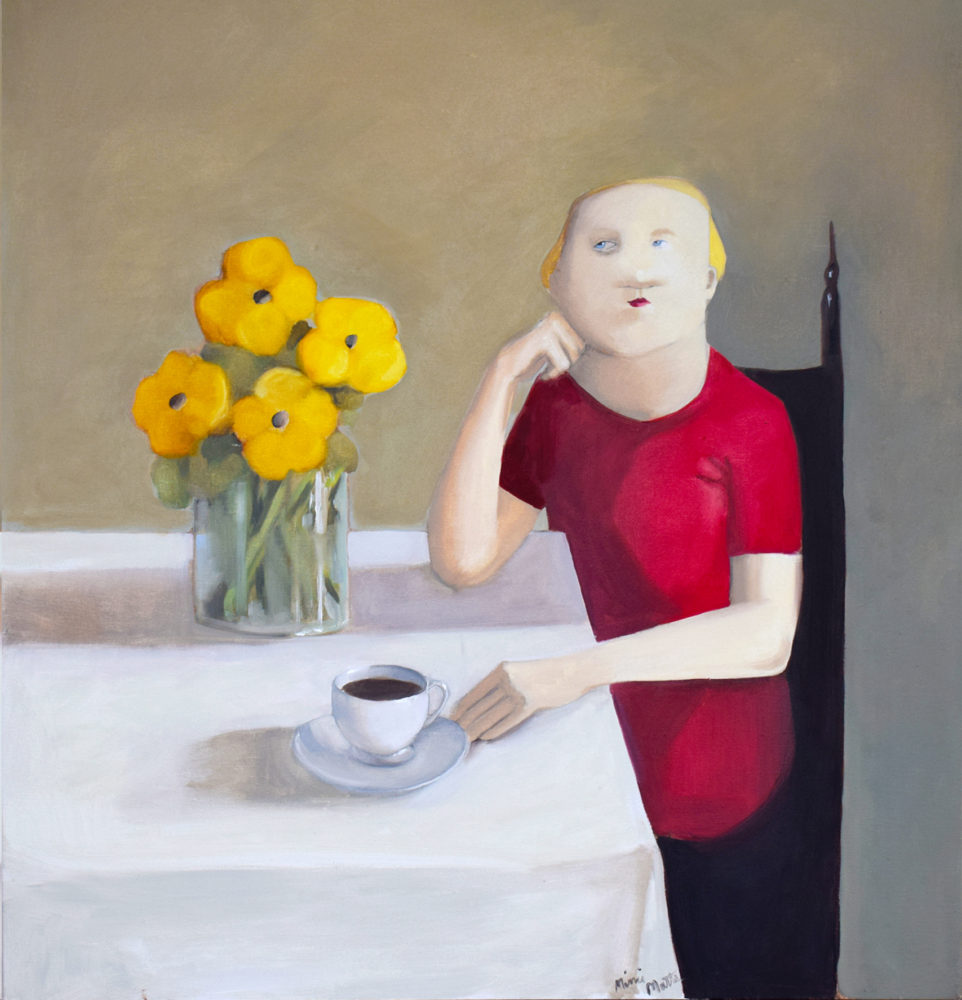 In the early 1970s, Mimi began experimenting with a new style: figurative works, almost-portrait style, featuring slyly comic figures in slightly absurd settings. This fresh vision, not to mention her skill as a painter—then working in acrylic, sometimes with cotton fabric swatches giving depth and texture—was impressive to critics and collectors, and it wasn’t long before she was invited to show at the Marlborough-Goddard Galleries in both Toronto and Montreal (1974). The Art Gallery of Ontario chose one of her works to feature in 1975, and after her first solo show in 1978 at the University of Toronto’s Hart House, she began a long relationship with the Bau-Xi Gallery, where she showed regularly for the next 22 years.