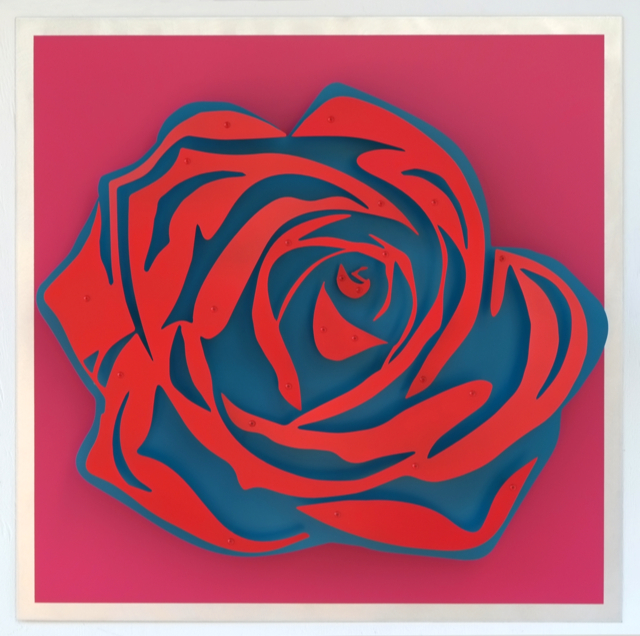 When Michael Kalish combined pop culture and Americana with the object of his fascination, the heretofore “lowly license plate” was elevated from the junkyard to the museum, from garages and highways to the living room wall. In the process, he became the artists responsible for creating a new genre, winning international acclaim, and setting his expectations-defying career into motion.

Out of the utilitarian and overlooked, Kalish fashions works of steely confidence, proudly displaying their wear, patina and rust as a tribute to that which endures. His license plate works include homages to America itself and to many of it’s most recognizable faces, all with a wink to pop masters such as Warhol and Lichtenstein. His roses, both framed and freestanding, are made from automobile parts; their surprising voluptuousness led to solo exhibitions in Museums and Galleries in Stockholm, Geneva and New York. His giant abstracts, comprised of recycled classic car parts from the 50’s and 60’s, triumphantly declare their resurrections. His three-dimensional editions, constructed of high-gloss metal layers, playfully interact with viewers, affording unique experiences depending upon their vantage points.

Embraced by critics, dealers, and an impressive list of contemporary art collectors, Michael Kalish’s original roses, abstracts and limited edition dimensional works, as well as his legendary license plate sculptures, are featured in the collections of world leaders, fortune 100 companies, past Presidents, professional athletes and musicians. His unique position as a preeminent arbiter of style and taste has led to features in People Magazine, The Wall Street Journal, NY Times, Details, Wired, ArtNews and the feature of stories on CBS Sunday Morning, CNN, E! MSN, TLC, and most recently the host of Discovery Channel’s- “Final Offer”. 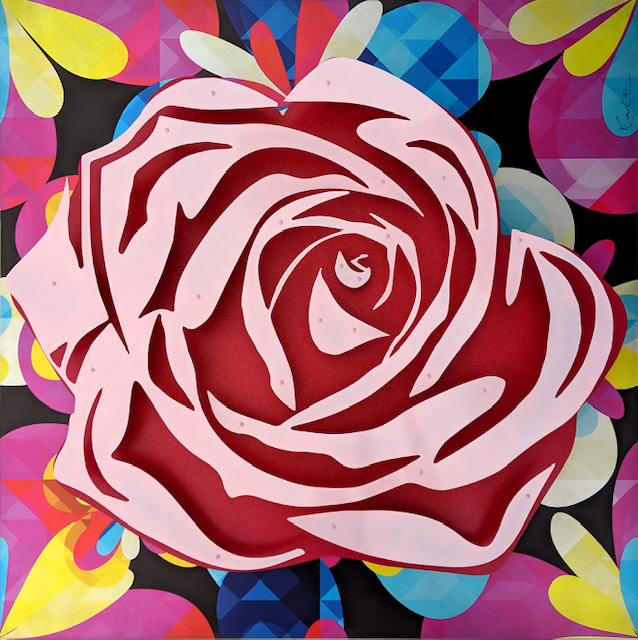