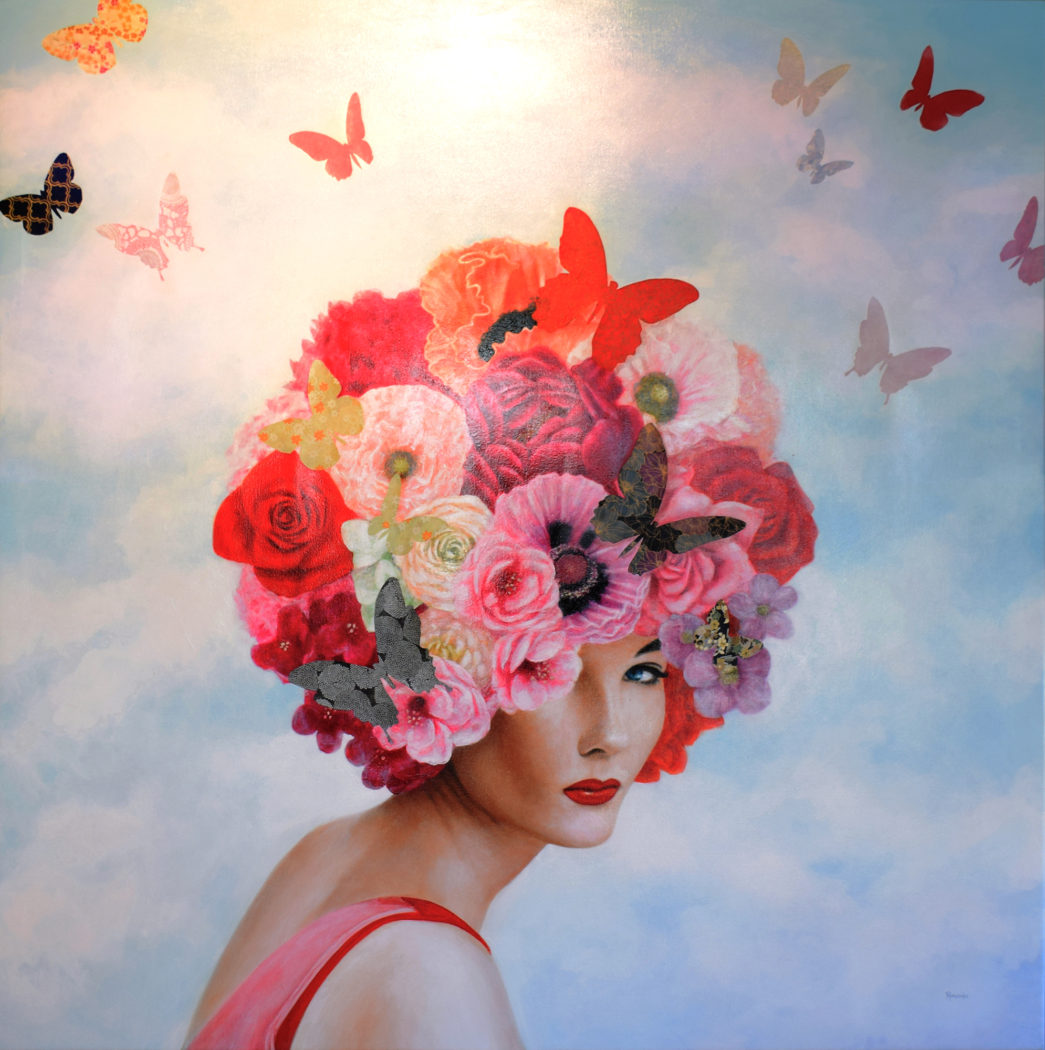 Elise Remender’s love of painting began at an early age as she created imaginary worlds in her hometown of Phoenix, AZ. After graduating from the Academy of Art University in San Francisco, CA with a degree in children’s book illustration and animation, Elise returned to Phoenix to continue practicing her original love of painting. It was here that she began creating abstract works, as well as landscapes and florals.

“The most beautiful thing in Arizona to me was the pools. Everyone had a pool and I was drawn to the interplay between the reflected light and turquoise color of the water.”
The dreamlike quality of shimmering turquoise pools inspired Elise to imagine a fantasy world of timeless beauty and the freedom of endless summers. She created her Bathing Beauties series to give a glimpse into this Technicolor world, blending the vibrant colors of pop art with the realism of contemporary traditional painting.

“I chose the Bathing Beauties as my subject matter because I have always loved the 1940’s, 50’s, and 60’s. I’m a bit of an old soul and there is a sense of elegance and beauty that has been lost in modern day society, and I seek to recapture this essence in my work. I’m creating a sort of fantasy world of luxury leisure and old Hollywood glamour.”

Elise is based in California, but she has traveled all over the world gaining inspiration for her work.. Her most recent series, Bathing Beauties, which captures the human form and abstracts it through light and reflection, was inspired by the vintage elegance and history of Southeast Asia’s historic hotel pools and gardens. It evokes a bygone era when Ernest Hemingway and Jackie O were among the clientele. Her work has appeared in galleries in the US and Asia, and in GQ Magazine, Architectural Digest, Dwell, California Home, People, and many other publications. Her paintings hang in luxury properties including The Ritz Carlton San Francisco, The Hard Rock Hotel Las Vegas, and Hilton properties across the United States, as well as in the homes of celebrity collectors including Ryan Seacrest and Kylie Jenner.