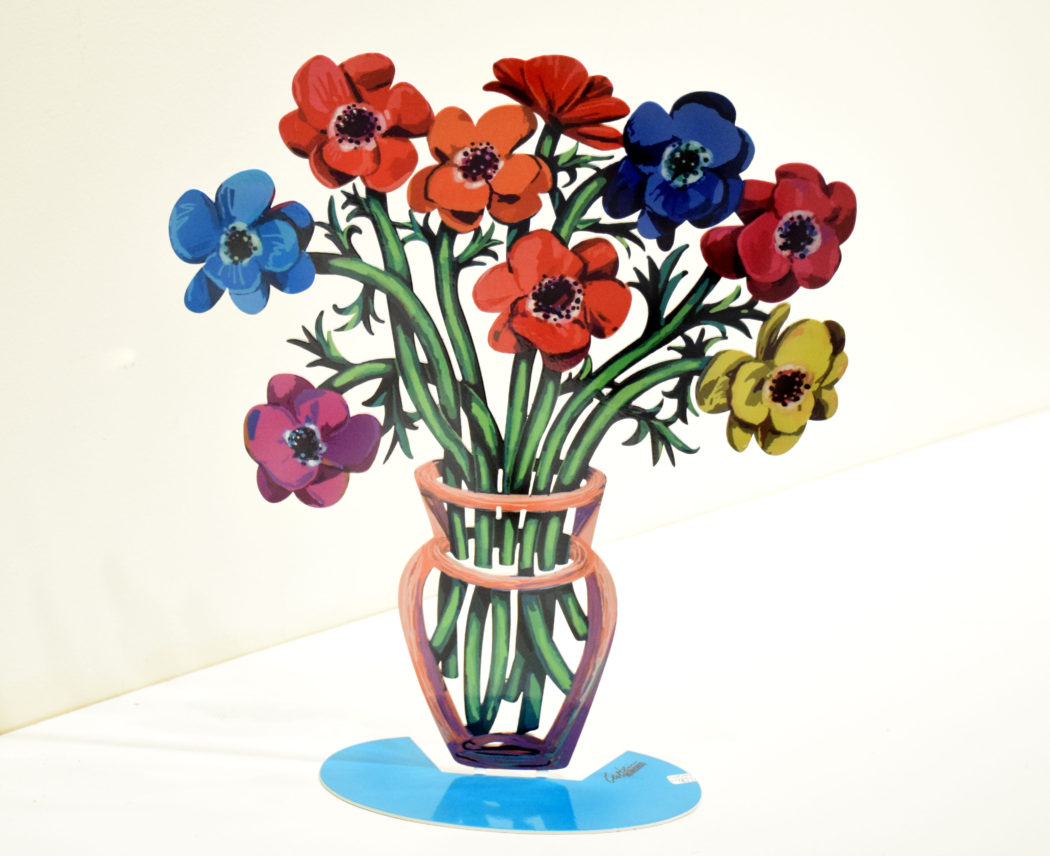 David Gerstein is an Israeli painter and sculptor. He began as a figurative painter and illustrator of children books and was recipient of the Israel Museum Prize for illustration. Gerstein’s post-pop art style is characterized by bold colored, multilayered cutout steel. His outdoor sculpture “Momentum” is Singapore’s tallest public sculpture.

In the mid-1960s, Gerstein left Bezalel and enrolled at the École nationale supérieure des Beaux-Arts in Paris, where he studied under Chaplain Midy. After two years in Paris, he moved to New York and attended classes of the Art Students League, where he learned portrait painting and printmaking.

From the 1970s, Gerstein aspired to create art that would speak to the art world while remaining accessible to the man in the street. His bold use of color came from a desire to “copy nature.” Gerstein explained that just like the brightly colored fruit or flower in nature attracts insects, so, too, his work was intended to be attractive to the observer. And as the fruit is not solely an object of attraction, but is also a source of vitamins, so, too, his works contain added value. “I expressly deal with images of consumerism and the lure of the color is strategic”. His work “Shoe Mania”, portraying a woman whose hair is composed of shoes is colorful but expresses criticism of Western consumerism. Gerstein maintains that “not everything needs to be heavy” in art, and that “there can be art for pleasure’s sake”, in which its deeper message, if there be, is hidden.

Another guiding principle in Gerstein’s work is leaving the boundaries of the gallery. In 2002, he began working on unnumbered editions of small-scale, silkscreen sculptures for sale in museum stores at modest prices. According to the artist, “High art and low art go together and I want to break the unnatural divide between the museum and the street.”